From the rusk recipe that Yoliswa started baking with when we first arrived on the farm and Judy’s long beloved marmalades to Charl’s ice-cream successes and the butter Hanneke started churning during lockdown – we’ve always been baking and making, preserving and preparing things grown on the farm in order to elevate meals served from the kitchen.

So, since it seems boxes are the new baskets and we now make enough products of origin Kalmoesfontein, we’ve put together OUR OWN BOX.

delivered to your door*.

The specific weekly box combo gets sent out on (most**) Tuesdays – let me know on aabadenhorstwine@gmail.com if you want to be on the mailing list.

*Swartland, Cape Town and in between only.

Also, coming soon, daily opportunities to lunch with the team. But, more on that via one or all of our platforms, just now…

Adi is on his annual tour of the US. I always think of him as a rock star as he travels from one wine shop / restaurant / airport / hotel and state to the next, pouring wine and talking kak. This year it even feels like there is a small paparazi following him around as I get updates on social media.

As every year, his schedule remains a mystery to most of us, Cornelia just knows when he will be back on the farm and I only know where he has been once I hear via our social media channels.

On October 3rd he was spotted in Fort Lauderdale, Florida pouring wines

This guy is as colorful as the painting he’s in front of! Adi is winemaker of @AABadenhorst -gorgeous wines from SA http://ow.ly/i/3k7JQ

and four days later he was hanging out in Denver… 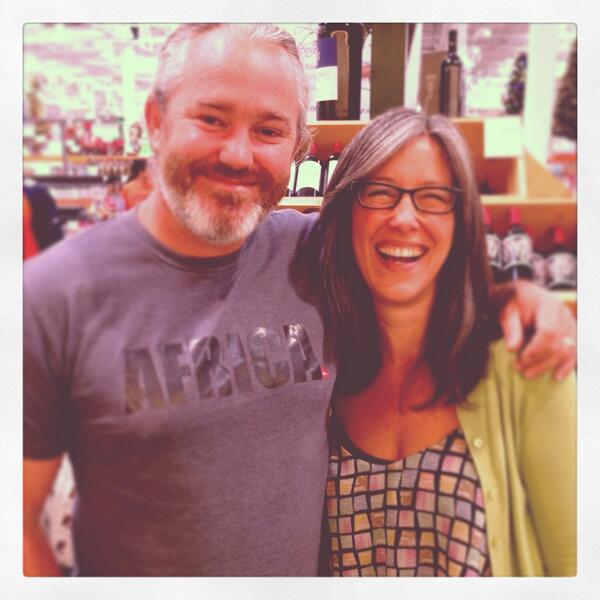 “Tapped @AABadenhorst on the shoulder, during TSA security at DIA. Told him I was a fan of his work. True travel story. Can’t wait for home.”

The planting of 500 Cork and Mediterranean Oaks started yesterday.
“One day when I’m old and done, I’ll sit in the shade of these oaks and drink my son’s wine while I watch the grand kids play” says Adi.

While in the vineyards the new growing season has started. We feel summer in the air… 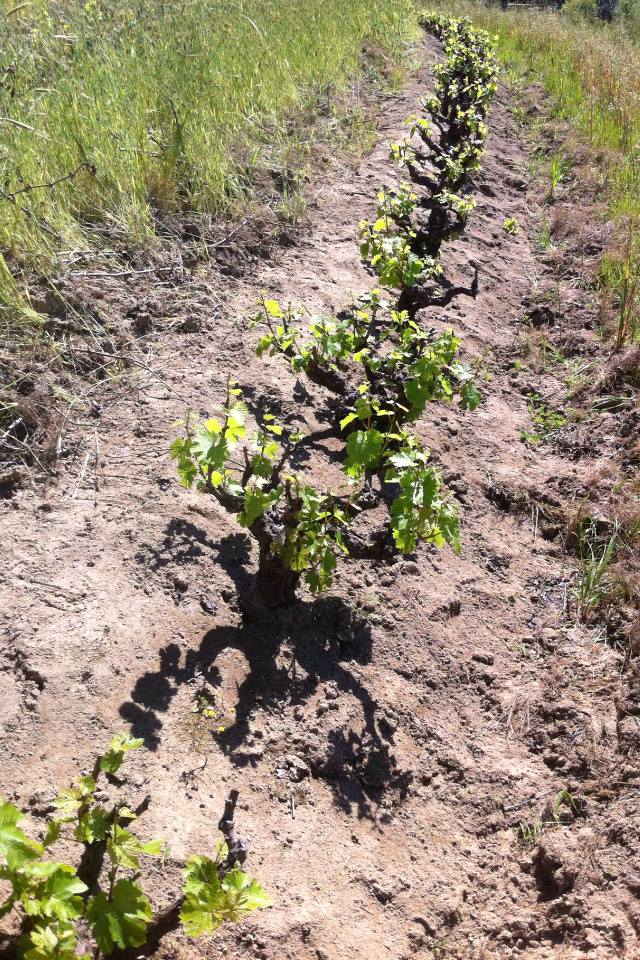 Even though 10 days ago there was still snow on the mountain peaks and it was too wet for tractors in the 1969 Chenin vineyards. Like Jasper says “a bit of skoffeling and motivation goes a long way…” 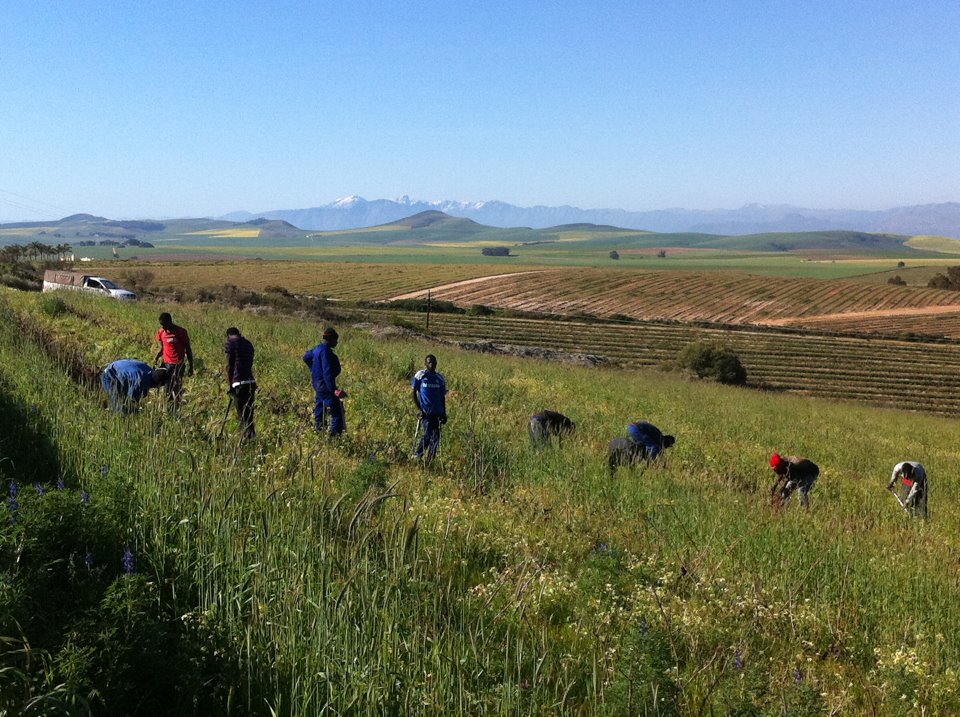 A few words from a man of many words. Adi gives some feedback on our spring day brunch / “Secateurs launch” 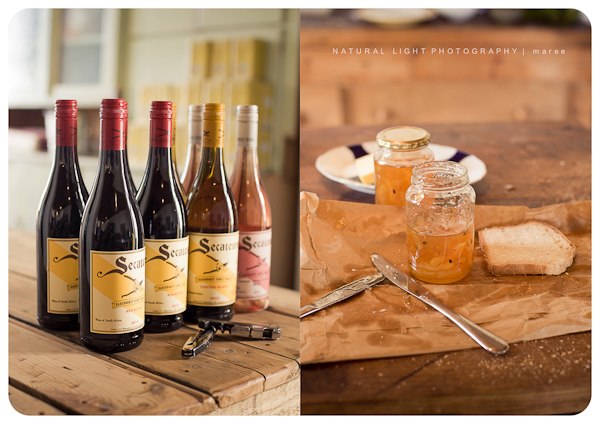 “Was a moerse lekker kuier on Saturday, I think we had more fun than the guests!
There was enough wine and food to go around. Some people left their cars in Malmesbury with broken gear boxes and still made it to the farm in time and then pitched in to make delicious salads to go with the late afternoon chicken and rabbit pies! 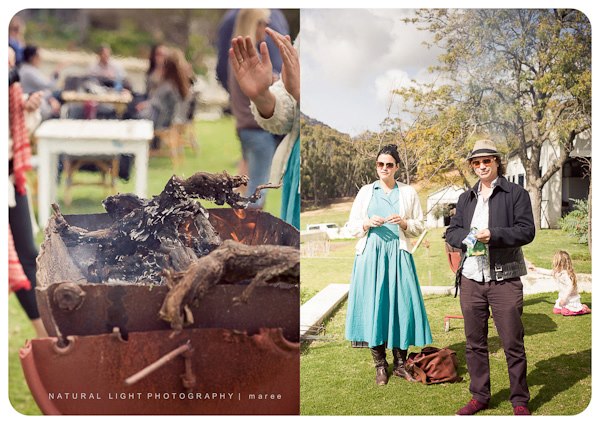 Harry helped plant tomatoes and beans – he will be back in 90 days to collect the harvest – much like he did with the Secateurs (Harry spent a few days on the farm harvesting in February and then came to drink as much as he could of the new release on Saturday!)
Roland from wine cellar even bought a bottle of wine in case ours was not up to scratch! Thanks for the Drouhin Roland!
Melissas staff brought lovely flowers and we now have a very cool collection of Melissas hand-me-down cafe chairs in and around the old house.

In general it was a fantastic bunch of people gathered together on a beautiful Swartland day.”

So there you have it, thanks for all the support and look forward to seeing you all at the next one!

Some photos with love and thanks to Maree Louw, I am sure she snapped pictures while husband Callie braaiied the chickens? 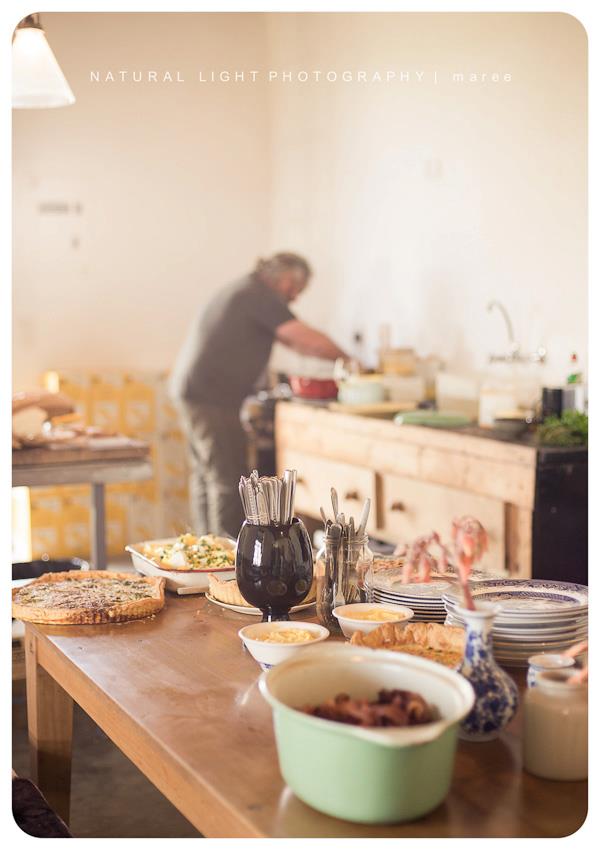 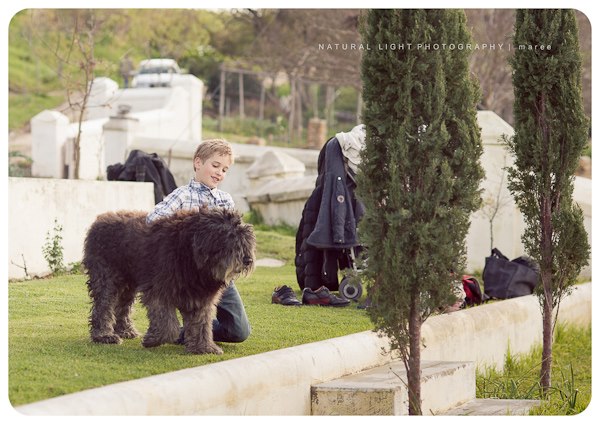 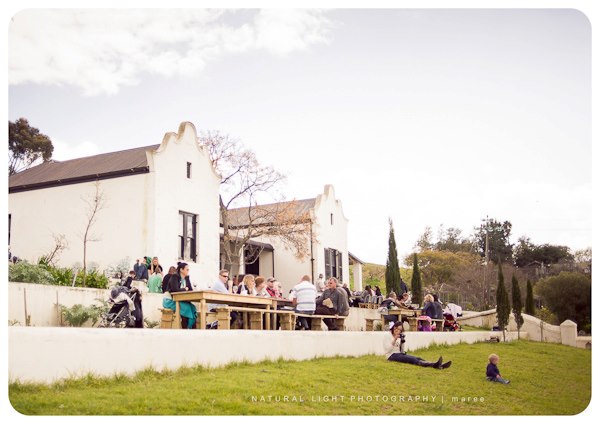 We are a social family and as wine producers, naturally we have a social product… so why not join social media..!?

You can now LIKE us on Facebook, have a look at our Fan Page here, and interact easily with your favourite wine brand (that’s us…) 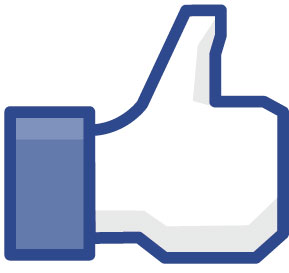