As November starts to go downhill into December into Jingle Bells and fake snow covered Christmas trees in shop windows – we want to throw it back to a cool August 30th.

Karel and Grethe got married on the farm and we have some pictures of the venue and decor to proof it. 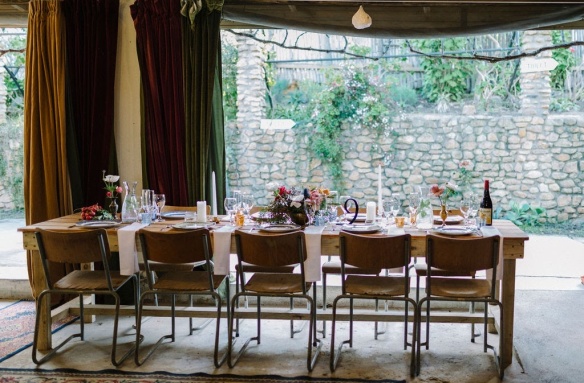 The cellar may be basic, as Adi himself will point out, but it makes for a pretty lovely backdrop to say “I do”. 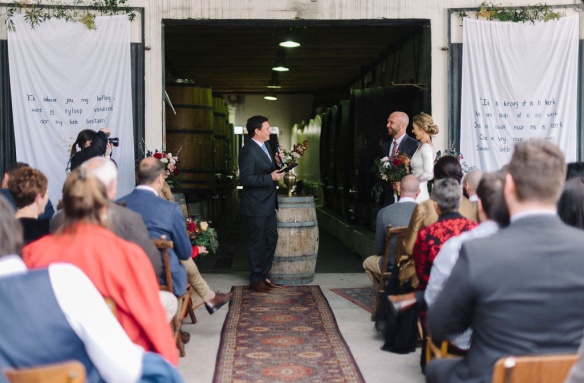 For more info on our farm / cellar / old house / vineyards as a venue or (photo shoot) location, check out this page or contact Semma@aabadenhorst.com – she’ll sort you out!

This weekend we hosted a lovely wet winter wedding.

Congratulations to Neil and Nadine, we are so happy that you had such a blast.

The couple got married in front of the cellar, ate and celebrated on the stoep (made cost by curtains and heaters) and danced the night away under the tent covered dance floor. 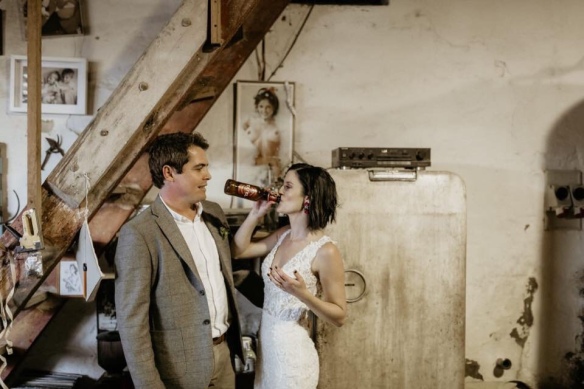 To find out more about our venue or to enquire about hosting your event n the farm, contact semma@aabadenhorst.com

The second week of January had just kicked off, most of us had barely unpacked our holiday bags and the first Syrah grapes were ready to be picked. No easing into this year, it is all systems go and harvest 2015 is here. 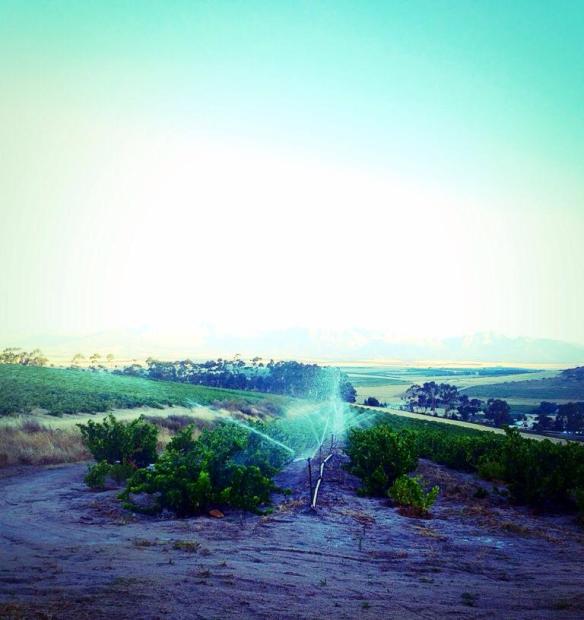 on Monday the heat (and drought, hardly any rain since September) got too much, even for a die hard no-irrigation-prophet like Adi, and all the farm’s water got redirected to the vineyard. Meanwhile the temperatures rise and the pool is empty. Priorities.. 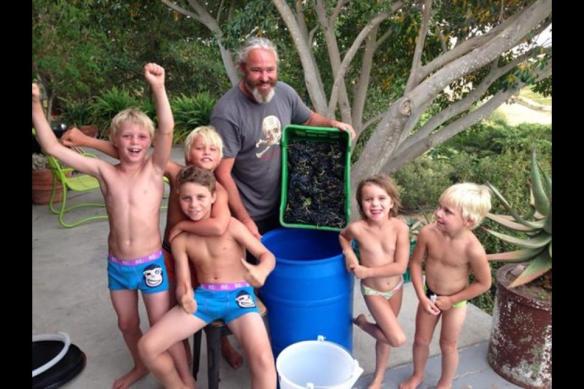 On Tuesday Samuel, Ana and their cousins Richard, Hardy and Jan Hendrik (from Stellenbosch!) stomped the first Syrah.

That concludes our first harvest update for 2015. Now for some featured fun.

Adi’s mom’s 70th, hosted on Kalmoesfontein late last year, is in the February issue of House and Garden Gourmet 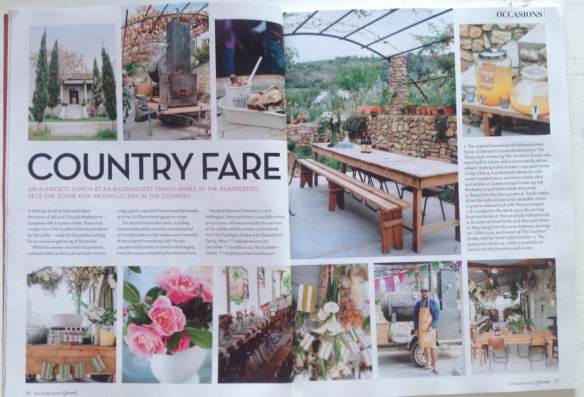 while the 2014 Swartland Revolution occupies 8 pages in the Food and Home from the same month. Included amongst the feedback on the weekend, recipes of some of the delicious food and mentions of the world class wines, THREE CAPERITIF COCKTAILS!