We are proud to bring you “The Man of Dust” the debut solo exhibition of paintings by Cape Town artist Paul Senyol. 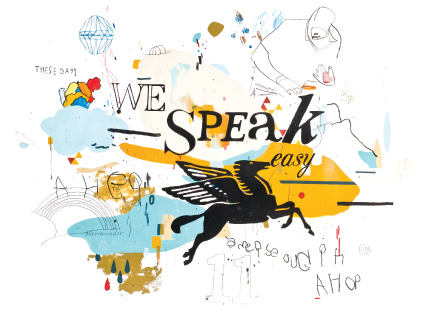 ABOUT ~ The Man of Dust
In his much-anticipated first solo exhibition opening this April, artist, Paul Senyol will be showcasing a collection of new paintings on paper, entitled The Man of Dust.

The works will seemingly speak to one another, revealing parallels between ‘the man of dust’ and ‘the heavenly man’ and contrasts between the very things that make us on the one hand, beautiful creations and on the other, wounded beings.

Senyol’s carefully-considered concepts, intricate thoughts, and everyday observations will be translated into shapes, lines and forms, creating his signature compositions that reveal something of life, nature, honesty and faith. His unique abstract style with its roots in Street Art, and inspired by great artists like Basquiat and Miró, remains open-ended, expressed through a visual language, which may be universally understood. In collaboration with Salon91 Senyol will also be publishing a collectable booklet that will catalog and form part of the exhibition and showcase the creative processes, drafts and thoughts behind the finished artworks. 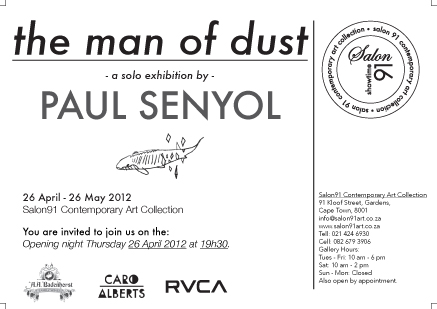 Join us for some art and Secateurs on opening night!